From Alone To Aloha - The Sonia Lien Story 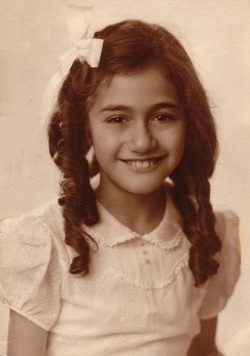 Sonia Lien at 8 years old
From The Preface

The Kahanamoku family were prominent Hawaiians. Duke was an Olympic gold medalist (1912, 1920, and 1924) and Sheriff of Honolulu in 1934, the year before Sonia was born. The younger brother Sam was a famous singer, swimmer, and surfer, and an Olympic bronze medalist in 1924.
In 1934, Winifred Powell, a naval Officer's wife living in Southern California, met Duke and Sam, probably at a social gathering in Los Angeles. A subsequent, brief affair with Sam Alapai Kahanamoku took place on the cruise ship S. S. Lurline, sailing to Hawaii from Los Angeles, in December 1934.
Winifred Powell gave birth to a full term baby girl on September 20, 1935, in Long Beach, California. The infant had characteristically dark, Polynesian skin.
This is her story.

Surfing the wave of her life,
an ordinary person
coming out of extraordinary circumstances.

From Alone To Aloha

From Alone To Aloha
the Sonia Lien Story
is now available
in local bookstores
and online at
amazon.com or
barnsandnoble.com

Keep abreast of news and events
on the News Blog page.